In the Innovation and Demo Centre (IDC energie) the tomato variety Cappricia (RZ) was planted in the 2SaveEnergy greenhouse on January 27 at a density of 2.5 plants/m². In week 8, one of every 2 additional suckers was retained, so there is now 3.8 stems/m². 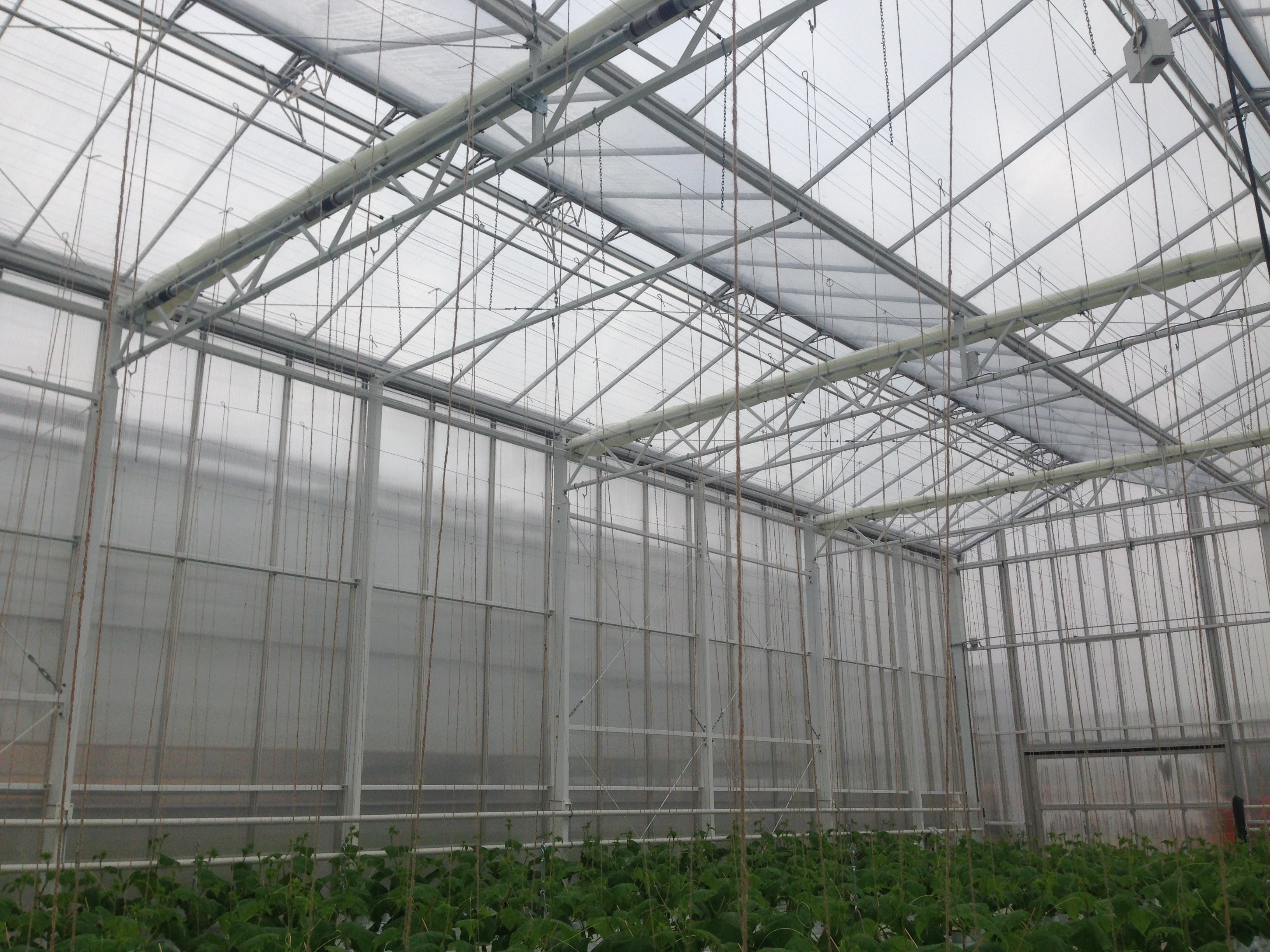 The 2SaveEnergy-greenhouse consists of a combination of glass and an ETFE film that creates an insulating cavity in the greenhouse covering. The researchers want to achieve good yields and quality in this greenhouse with the least input of energy. The target of the trial is 63 kg/m² yield for a gas consumption of 19 m³/m². Researcher Frank Kempkes from Wageningen UR Glasshouse horticulture described his experiences with this greenhouse.

“We are now 7 weeks into the project, and the energy consumption so far, 2.8 m³/m², is very promising. On the other hand, the winter was rather mild. Along with the double covering, the double screen also contributes to the energy savings. It has been closed for an average of 110 hours per week.

The question asked most frequently by visitors to this greenhouse concerns the cavity. What happens when it snows? Is there any contamination, and what happens if the greenhouse covering freezes? As already stated, the winter was mild so we have not had the ultimate snow test yet. When it did snow, the air temperature quickly rose above freezing, so we cannot draw any conclusions. What we do know is that with snow and frost you cannot expect that the snow will be gone in an hour. Compared to the heat capacity of air, the energy required to melt away the snow and ice is just too great. We know from personal experience how much heat you have to add to the greenhouse at times like that to remove the snow from the covering.

This project is being financed by the Kas als Energiebron programme, the innovation and action programme of LTO Glaskracht Nederland and the Ministry of Economic Affairs (EZ).